Update – Jermaine has now officially been announced as a coach.

Earlier today, Peloton confirmed the new London studio will open September 14th, but also teased that they will be announcing some new coaches to go along with it. We’ve previously reported Joslyn & Susie might be joining the Peloton UK team. Now a new rumor indicates Jermaine Johnson will be joining the Peloton team as a new UK Tread coach as well.

With Peloton publicly teasing new coaches soon, and the Peloton Tread being back on sale in the UK, this makes it seem likely that these announcements will happen in the very near term. We also know Peloton will be announcing 3 German Tread coaches later this fall.

Earlier this year Jermaine was named one of the best personal trainers in London.

You can get to know Jermaine better on Instagram here @jermainejohnsonuk.

Other rumored Peloton coaches who haven’t yet been announced include (click any name for an article about them): 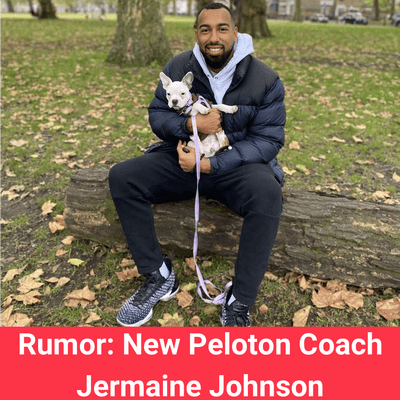