Peloton has officially announced their plans to launch in Australia today. The press release states:

For its Australian debut, Peloton will introduce the original Peloton Bike loved by millions, the Peloton Bike+ providing the ultimate experience in cardio and strength, and the Peloton App, with content across 10+ fitness disciplines including indoor cycling, running (outdoor and indoor), cardio, strength, yoga and more. Australian consumers will be able to choose from thousands of game-changing workouts with real-time motivation and curated playlists featuring their favourite artists, including Beyoncé and The Beatles.


Peloton’s official launch in Australia is slated for the second half of 2021, where consumers will be able to purchase the Peloton Bike and the Peloton Bike+ online or through the brand’s physical retail showrooms across key Australian cities, including Sydney and Melbourne. These interactive showrooms will provide an opportunity for consumers to experience Peloton firsthand and learn more about the live studio experience they can bring home.

Will there be Australian Peloton instructors & a production Peloton Studio in Australia?

At this time, it does not look like it. The website for Australia states that “with live classes from our New York City and London studios and thousands of classes on demand, get the workout you crave no matter your time zone or schedule.” This implies there will not be a dedicated recording studio for Australia. However, there could be extra Australian-born instructors recruited and join the team, who record out of New York or London – time will tell with that.

We have previously been reporting on Australia’s progress. Earlier this year, we reported on an article that speculated that floor-plans filed with the Sydney government were building permits for a Peloton showroom in Sydney, on Martin Place. The article also indicated the possibility of a second showroom just outside of Sydney at the Westfield Bondi Junction. Shortly after that, we reported how Peloton had been filing patent applications, trademark applications, and business licenses for operation in Australia.

Although not yet announced, we can confirm two of the showroom locations for Sydney: One in Martin Place and one in Westfield Bondi Junction.

One Sydney area Peloton showroom will be at the Westfield Bondi Junction, which is the former home of G-Star Raw in Bondi Junction.

Building applications made available by the Waverly Council government reveal that two building permits have been filed by Peloton: One for external signage of the store, and one for an internal remodel. The total estimated cost of both projects combined is estimated to be a little over $1.35 million AUD. Peloton submitted their applications for permits with the city on December 22, 2020, and was granted approval on February 18th, 2021.

How can we be sure this is for a Peloton showroom? Well, the permit makes it easy for us – the building application flat out states it (emphasis ours). “This Statement of Environmental Effects (SEE) is submitted to Waverley Council in support of a Development Application (DA) for external shopfront signage and façade works at Shop 4068 of Westfield Bondi Junction, located at 474 & 480 – 510 Oxford Street, Bondi Junction (the site) to accommodate a new tenancy for Peloton.”

The building permit also includes a mockup of what the external signage would look like they are applying for:

A separate application was filed for modifications to the inside fo the building. The application description states how Peloton plans to build out an entirely new mezzanine level inside the store. The documents included with the plan indicates the goal is to have “a showroom, treadmill trial room, two bike trial rooms and a staff/team room” According to the plans, the Bondi Junction location would have 4-5 staff members on-site while the showroom is open.

A PDF is available for the proposed floor-plan of the Peloton Westfield Bondi Junction Showroom. In these plans, the specifics of the ground floor and lower ground floor are left blank for later pending a further review – only the proposed new mezzanine level has a full detailed view available.

The permit details what some of these rooms would be used for: “The mezzanine level will accommodate a showroom, treadmill trial room, two bike trial rooms and a staff/team room.” Note that in the image above, one of the bike trial rooms is explicitly called a “Bike+ Room” – the name of Peloton’s newest bike product.

The floor-plan diagrams for the Bondi Junction Peloton showroom actually provide one extra piece of evidence for the fact that another rumored building permit located in Sydney is also a Peloton project. If you look at the diagrams, it includes some notes about who created the floor-plans. The architect on the project is WMK Architecture, and the client is Mace. The project number for the Peloton Bondi Junction showroom is 20131 – we’ll come back to that in a minute.

We previously reported that building permits filed with the city of Sydney were speculated to be a Peloton showroom, but nothing conclusive was found last month.

This week, we found and examined the full building permit for the rumored Peloton showroom located 18-30A Martin Place SYDNEY NSW 2000 (which is the former home of a Tesla showroom). The building permit application was approved on January 6, 2021 and has an estimated build out cost of $1.5 million AUD. The showroom is designed to allow space for 3 bikes, and one Tread in the main showroom floor. The showroom also has 3 small private rooms for workouts: 2 with bikes, and one with a Tread. There will be one restroom, and one shower room as well. The permit describes it as “Fit-out works including construction of three equipment trial rooms, change rooms, showers and lockers for customers who participate in a trial, in addition to a showroom and consultation area;”

The full assessment of the plan does not explicitly state “Peloton” anywhere in the document. Due to this, it has remained speculation these building plans were in fact for a Peloton showroom. However, a closer look at the full floor plan gives away the fact it is a Peloton showroom, without mentioning them by name. As mentioned above, the plan includes three equipment trial rooms separate from the main showroom area. The label for one of these trial rooms is explicitly designated as the “Bike+ Room” – the name of Peloton’s newest bike product – and the same name used in the floor-plan for one of the rooms at the Bondi Junction showroom location.

You can find a full resolution PDF of the floor-plan here. The text and floor-plans also indicate the intention is to have at least two treadmills at the location (one in the main showroom and one in a private trial room) – indicating Peloton might plan to launch in Australia with both the new lower cost Peloton Tread, as well as both their Bike product lines (Bike & Bike+).

The permit also reveals the planned opening hours for the Peloton Sydney Martin Place showroom would tentatively be Monday to Friday: 9am – 5pm, and Saturday to Sunday: 10am – 4pm, with a planned staff of 4-5 members on grounds while it is open.

If the existence of the “Bike+” showroom isn’t enough to convince you this is a Peloton showroom, take a close look at the floor-plan PDF again. Note that the architect is WMK Architecture, and the client is Mace, with a project number of “20130” This is the same exact architect and client from the Bondi Junction showroom, and the project numbers are back to back (Bondi Junction was “20131”) – indicating Peloton hired the same firm to do the architecture work for both projects.

At this time, we are not able to confirm where the Peloton Melbourne showrooms will be located. As we find out more information, we will continue to report it. 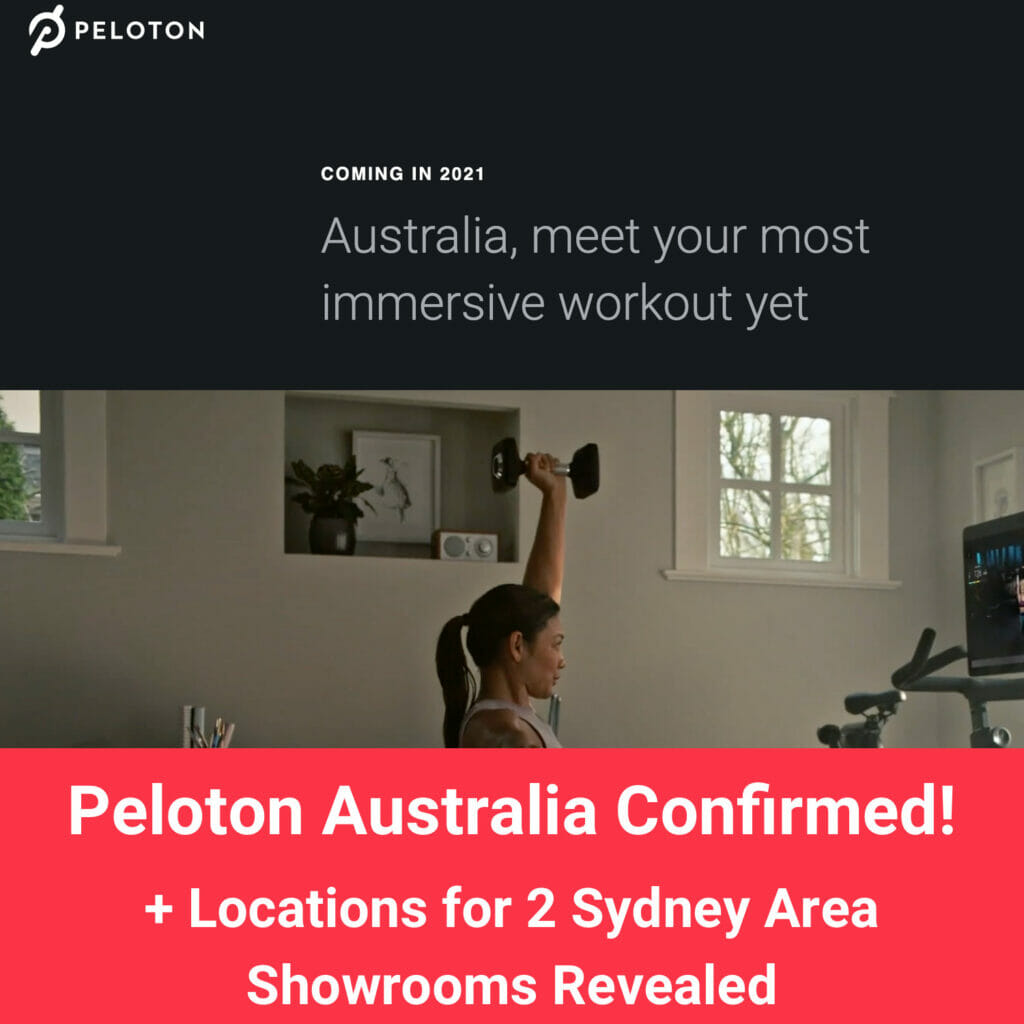