While most of the discussion & focus appears to be on the bike due to the email coming from CDE (Christine), it also appears that HRZ classes will also be discontinued for the Tread as part of this change – the running live class schedule currently has no upcoming heart rate zone classes as well after January 6th. Could this be a sign that a new Peloton Treadmill Power Zone training program is launching for the Tread? This has been a long requested feature for power users of the Tread.

The dropping of heart rate zone classes appears to be good news for the cycling Power Zone community who are also fans of Christine. Last week, John Foley announced that Peloton would be seeing at least one new power zone instructor in 2020. Christine’s name was one of the most commonly thrown around during conversations on the Power Zone Pack and other facebook communities based on her experience as a competitive track cyclist. In the email above, Christine stated that she is working on a new project that aligns with her passion for “teaching smart, science-driven classes based on authentic cycling” – which sounds exactly like power zone training. 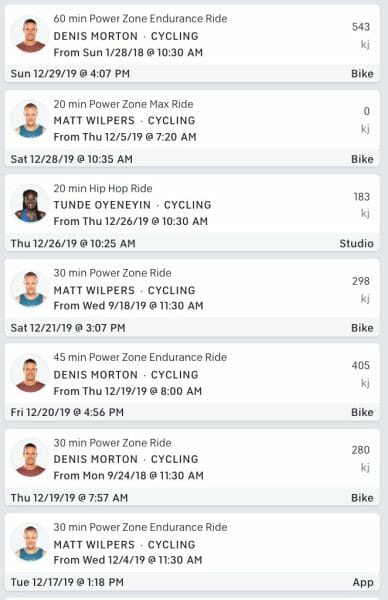 What do you think about Christine D’Ercole as a potential Power Zone instructor? Will you miss Heart Rate Zone workouts? Let us know in the comments.