During the town hall, Rob touched on a number of industry trends – he has been in the industry for more than 25 years. He talked about how gyms & clubs can pivot and still attract members, how they can partner with content providers, and more.

The talk also covered some Peloton topics, and Rob made an interesting reveal, seeming to share that Peloton will be adding French language classes.

No additional details or timeline were provided for Peloton’s French language launch. Rob had been discussing Peloton’s international growth, when he shared how Peloton had recently expanded into Australia, as well as added new languages: Spanish & French.

Of course, when it’s officially announced, we’ll be sure to share the news here. 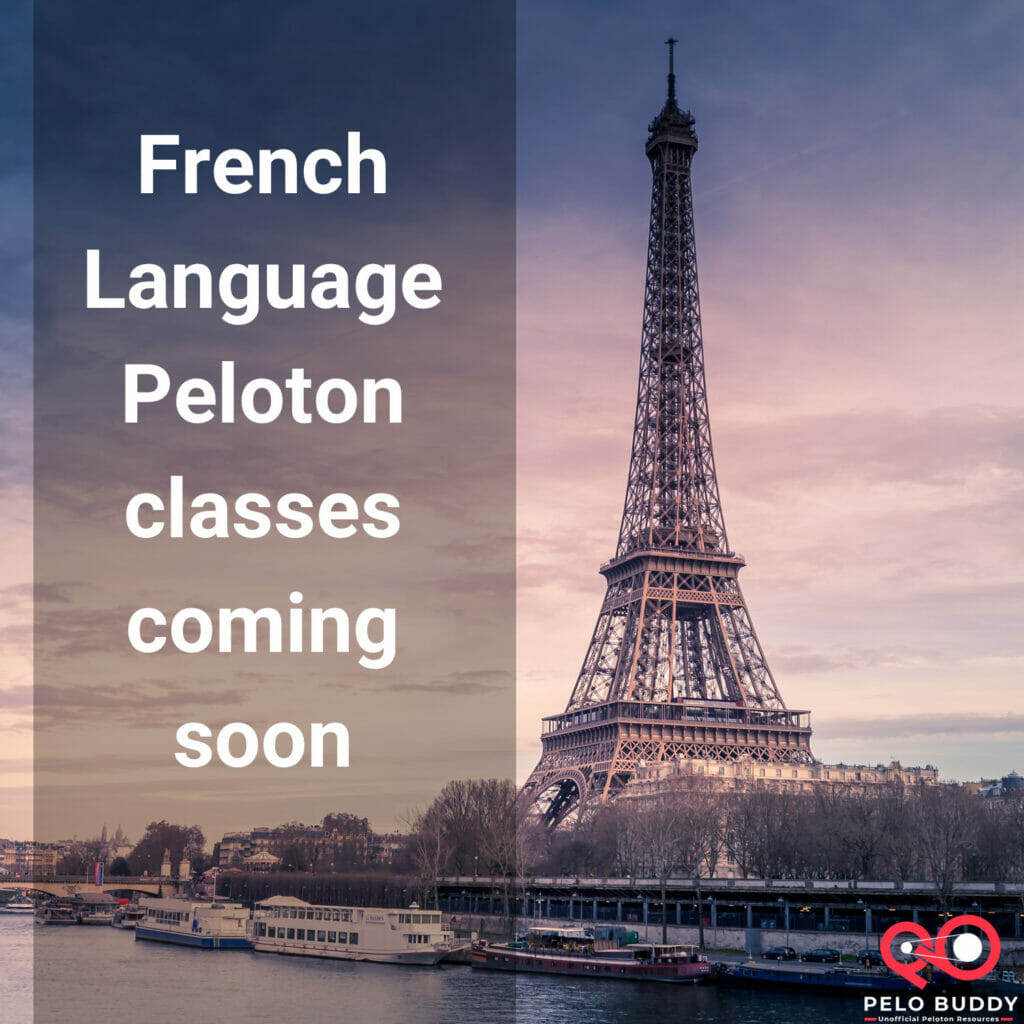