A recent article about Tempo in Fortune.com contained an interesting rumor – that Peloton had approached Tempo with interest in acquiring the company. Tempo is currently doing a round of fundraising, looking to raise around $60 million. Fortune’s sources note that Peloton had supposedly had some talks about an acquisition in previous months. It does not note how far along, or how serious, those talks were.

Haven’t heard of Tempo before? It’s an “all-in-one fitness trainer”, with a large screen for viewing classes, and then cameras and AI to track your reps and weights. It is more similar to the Tonal than the Mirror, given you can use free weights and barbells for workouts.

This rumor is fresh off the news that Mirror was being acquired for $500 million – showing that connected home fitness will remain a hot space for the foreseeable future! 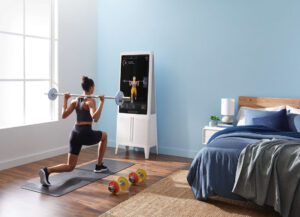 The Bike Bootcamp classes have officially launched
We have a hands-on demo & review of the new Bike+ and all the new features
9/9 – New Bike+ became available for sale around 7am ET
9/9 – Compare specs, see new features, and FAQs about new Bike+
9/8 – Peloton has officially announced the premium Bike+ and lower cost Tread.
9/5 – Peloton Rower found referenced in source code on Peloton devices