Peloton is kicking off 2020 with a bang, and is immediately launching their first Featured Artist Series workout of the year showcasing the music of Weezer. As of now, there will only be a single class for Weezer – a 30 minute ride with Denis Morton. You can find the ride live at the following time (and we will update if a Weezer Run or Weezer Yoga Flow gets added to the schedule):

Weezer’s first album, the Blue Album, came out over 25 years ago in 1994, which became multi-platinum. Weezer has been nominated for 4 grammy awards, winning once in 2009 for Best Music Video for their video “Pork and Beans”. The bands 14th album, “Van Weezer”, is scheduled to be released in May 2020. The band also recorded a version of the song “Lost in the Woods” for the Frozen II soundtrack.

What songs do you think should be featured as part of the playlists? You can stay up to date with who Peloton has previously featured on the artist series, and who is coming up next, with this handy page.

Note: Links to the music on Amazon are affiliate links, and by purchasing the music through those links, you support our site. 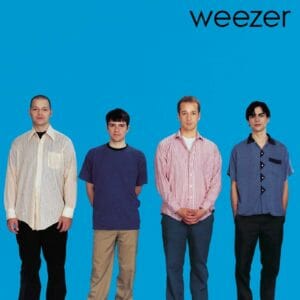