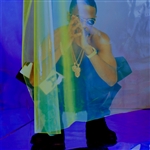 Recently Played Big Sean songs: Ashley (feat. Miguel), What Goes Around (Album Version (Explicit)), 10 2 10, What Goes Around (Edited Version), Toyota Music, Blessings (Extended Version) (feat. Drake & Kanye West), World Is Mine (feat. Big Sean), I'm So Blessed (Album Version (Explicit)) (feat. Big Sean, Wiz Khalifa, Ace Hood & T-Pain), Show Out (Explicit Version) (feat. Big Sean & Jeezy), Don't Tell Me You Love Me,
The directory of classes that include this artists song has been removed at the request of Peloton. We hope to add this feature back one day. In the meantime, you can search for artists & songs on your Peloton Bike or Tread.