One of the most frequently asked questions surrounding Peloton is "What is the next piece of equipment that Peloton will release". Peloton has now confirmed that it will be the rower - which they will be calling the "Peloton Row", and it should be in members homes by the end of 2022. The Peloton Rower price is rumored to be $3,195, with features like real-time form feedback, and include rowing bootcamp classes & scenic rows. The launch will probably have a presale period, but be in some members homes by the end of 2022. There are 3 new coaches (Alex, Ashley & Katie) expected to be joining Peloton as part of the rowing team. Below you can find the more recent updates as information becomes available.

Official Update - September 20 - Preorders have officially started for the Peloton Row, costing $3195 with deliveries expected to start in December.

September 2022 Update 6 - The Peloton Row presale is expected to start Sept 20, but without financing options or the referral program active.

September 2022 Update 4 - A post today teases Matt Wilpers as a rowing coach, and could it also be hinting at a September 20th date for the Peloton Row pre-sale starting?

September 2022 Update 1 - The Peloton Rower is being teased on the website as Coming soon with a link to sign up for more details.

August 2022 Update 3 - You can store the Peloton Row standing upright when it is not in use to save space.

August 2022 Update 1 - There is evidence Olympic rower Alex Karwoski might be joining Peloton.

July 2022 Update 3 - A rumor indicates the Peloton Rower will be called the "Peloton Row", and beta testing with members has begun.

May 2022 Update 3 - The Peloton Rower was officially announced as Coming Soon during Peloton Homecoming.

May 2022 Update 1 - Data indicates Peloton could plan to launch Rowing Bootcamp classes once the rower is available.

April 2022 Update - Peloton has been working with a consultant for nearly a year, who is a former rowing coach & rowing studio owner, who is "developing a new modality", and training both new & existing coaches.

February 2022 Update - The Financial Times is reporting the Rower could be announced at or before Peloton Homecoming in May 2022.

November 2021 Update - Peloton CEO John Foley again talked about new products in the coming weeks and months, however, this might be referring to a strength product, not a rower.

September 2021 Update - Plans for the upcoming Peloton Output Park factory show plans for the Peloton Rower, in the form of locations set side for rower testing.

August 2021 Update 2 - New supply chain reports have said the Peloton Rower should be in production by 2022 at the latest.

July 2021 Update 2 - A new job listing mentions the Peloton Rower as something the person would be working on.

July 2021 Update 1 - A new rumor suggests the Peloton Rower is still in development, and could have real-time form feedback capabilities.

May 2021 Update - John Foley teased new products in the next fiscal year during the earnings call - however, no confirmation that would be a rower.

March 2021 Update - Peloton CEO John Foley answered a question about the Rower, saying it was a "good guess" as to what may be next.

Previous Update: February 2021 - An article by Fortune magazine tells how the author was touring a Peloton R&D lab and spotted a rower in one of the test labs - could that have been the first in-person sighting of the Peloton Rower?

Previous Update: September 2020 - Analysis of Peloton source code that revealed the code names for Peloton's new products also found the codename "Mazu", appearing to refer the rower. Around the same time, a Bloomberg report about the Bike+ and lower cost Tread said the rower is still under development. However, in August, the latest information indicates Peloton has delayed their plan for introducing the Peloton Rower, and won't be introduced before 2021 at the earliest.

In the fall of 2019, news surfaced Tonic Fitness Technology, one of Peloton's main manufacturing partners, had been granted a patent related to an indoor rower. This is the same company that Peloton acquired in October of 2019, meaning that Peloton would now own that Intellectual Property and be able to use it as part of any rowing machine they were creating.

In November 2019, we received the most official confirmation of a Peloton rower via a Bloomberg news report, citing anonymous sources at Peloton who confirmed that a Peloton Rowing Machine release date would be sometime in 2020 (in addition to a generation 2 more affordable Peloton Tread being available in 2020 as well). No pricing information was revealed as part of this report.

However, at this point the question of "When will the Peloton rower be announced or released" is still unanswered. Most speculation in 2019 pointed towards Peloton releasing the Peloton rower at CES 2020. However, to the shock of many, Peloton didn't have a booth at CES 2020, much less make an announcement. The week before CES, a new FCC filing revealed a new Peloton touch screen tablet that would be used either for a rower or lower cost treadmill. With CES having come and gone with no Peloton rowing machine announcement, the announcement date becomes wide open with no strong evidence pointing to a specific release date for the Peloton rower.

Peloton executives have now confirmed that the global pandemic has forced Peloton to delay their plans for new product announcements. Peloton CFO Jill Woodworth has joined several investor calls over the course of May 2020, and a repeated theme made is that they still have new products in the pipeline, however, they feel it is not worth announcing anything new until both their delivery pipeline is back to normal, and Peloton showrooms are open for customers to be able to try any new products hands on.

Additionally, at the end of May Peloton made the decision to revoke their patent application for their new Peloton touch screen tablet. When the FCC application was filed, it was done with a 180 day confidentially clause - meaning the product was expected to be released within 180 days from the time of application. In the letter to dismiss, they mention that "Due to the [pandemic], we have adjusted some of our product timelines. As a result, we are requesting a grant dismissal for FCC ID: 2AA3N-TTR01 in order to maintain confidentiality of documents covered under the short-term confidentiality period." So while they still have plans to announce new products containing the tablet (including the rower), it won't be as soon as they originally planned. At this point, it appears the announcement of the rower will be delayed into 2021 sometime.

During an "Investing in Tech" call with Barron's in July 2020, CFO Jill Woodworth was asked about the rower. She did not confirm or deny the rower, instead stating that while a rower “over time, could be interesting,” Woodworth said, she sees that market opportunity as smaller than the bike, and “much, much smaller than tread and boot camp.”

Other anecdotal data and rumors also point to a rowing machine being the next product. The website PelotonRow.com was registered under the name Peloton Interactive, Inc. and redirects you to the main Peloton website. This, however, could simply be a protective move as many companies pre-emptively register domains they never end up using. People also have stories of employees at their local Peloton store accidentally telling them that a rower is in the works and "coming soon". No hard proof has been seen of this to this point however.

A rowing machine makes sense from a competitive and industry perspective as well. A rower is a fairly common piece of equipment that people have in a home gym. Peloton users also are looking for ways to complement the leg workout they get on the bike and treadmill. Rowers tend to be the next piece of equipment people get to round out their full body workouts. Thanks to other products hitting the marketplace, there is starting to be some proof that the demand is there for a Peloton Rowing Machine. One startup in particular seems to have taken the same approach Peloton might. The Hydrow rowing machine has been developed with an interface similar to Peloton - the device is equipped with a large screen where you can follow along with coaches on the water. You can race against other people live or on demand on a leaderboard, much like you do on Peloton equipment. Another similarity to Peloton is that Hydrow allows you to use their app with third party rowers like the Concept 2 rower, much like the Peloton Digital app allows you to do their bike and treadmill workouts on any spin bike or treadmill you have access to.

Prior to Peloton's IPO in the fall of 2019, most people speculated that whatever the next Peloton product is won't be announced until after the IPO is completed. Given the Peloton Treadmill was announced at CES, many people expected that Peloton would release the rower at CES 2020 in Las Vegas, however, that did not turn out to be the case.

How much will the Peloton rower cost? It could be anywhere from $1,000 - $3,500. The industry standard as far as rowers go, the Concept 2, retails between $900-$1,100, so we expect that to be the floor of the price. The Hydrow rowing machine, at time of publishing, costs around $2,250, so Peloton could price their rower more in line with Hydrow, since there's a market for smart rowers at that price point. 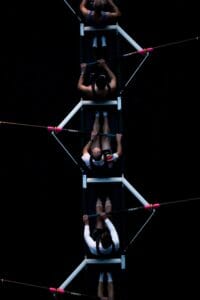